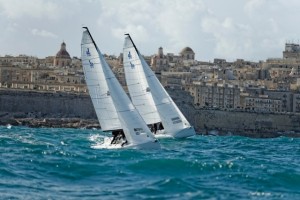 In January 2014, RLR received the first two J70â€™s on to the island. These were immediately rigged up and tested and it was clear from the start that these boats deliver what every sailor dreams ofâ€¦. performance.
The J70 represents the culmination of several years design effort which has delivered a sensible 22.75 foot â€˜pocket rocketâ€™ sitting on a trailer. The owner and one of his crew can effortlessly raised the carbon mast and quickly rigged it in about 10 minutes.

First impressions are of an elegant modern plumb bowed hull with powerful but not extreme lines, finished to an outstanding standard. The lifting keel has an ingenious lifting and lowering mechanism and the Rudder fits easily with a single Pin. The boat is full of high quality equipment and is very sensibly laid out. The boom is at a comfortable height and is controlled by a powerful vang system and excellent main-sheet setup on a traveler which proved easy to use under load.

The beauty of this Boat is that it can be launched from any Slipway due to its lifting keel set up. This, together with its great performance, has enticed several local Sailors already. Currently, the Fleet is two boats, with a further two arriving in April and the fifth and sixth boats are close to being signed up. With a Racing Calendar already set up, Sponsors wanting to jump on-board and a lot of keen sailors wanting to be part of the program, the J70 could quite possibly be the new generation of Sailing.

Why not jump on board with us? 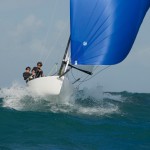 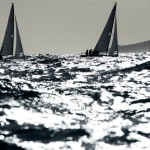 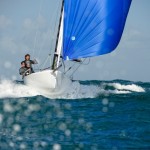 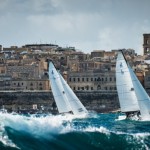 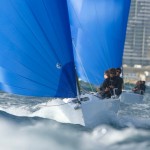 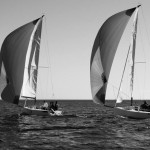 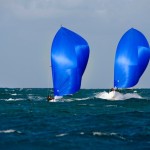 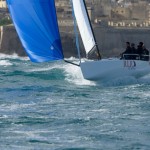 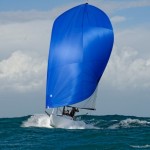 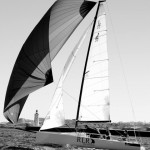