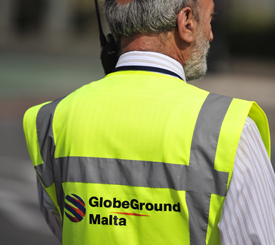 Two of our Group companies, GlobeGround Malta and Globe Aviation, have assisted in the Libya relief operation over the past few months. Both companies, along with Malta International Airport, Immigration Services, various Consulates, Embassies and several airlines, were heavily involved in the humanitarian effort to evacuate foreign nationals working in Libya.

GlobeGround Malta and Globe Aviation handled over 70 flights, including a number of wide-bodied aircraft and assisted close to 10,000 passengers who were fleeing the unrest in Libya. The Companies in particular played a major role in the evacuation of Chinese and Indian nationals who transited through Malta for their homeward journey.